Mr. Suresh Rana, Head Engineer at Vivanta by Taj, spoke to students about career paths in the growing hospitality sector
By Medha

On January 23rd, Mr. Suresh Rana took time away from his busy schedule as the Head of Service and Maintenance at Vivanta by Taj to speak with an excited group of Medha students at Unity ITI University. Not only was Mr. Rana’s personal story inspiring, but he also spoke about the tangible opportunities and possible career paths for Unity technical students who are interested in the hospitality sector.

It was a lively discussion that was met with excitement by the 70-plus 2nd-year engineering students. Following Mr. Rana’s presentation, the students had the opportunity to formally ask him questions about his experiences at Lucknow’s only 5-star hotel. It was an incredibly valuable industry exposure event and we are excited to have Mr. Suresh Rana back for another discussion in the near future. 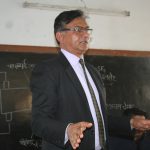 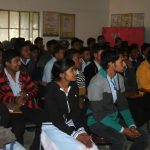 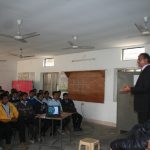