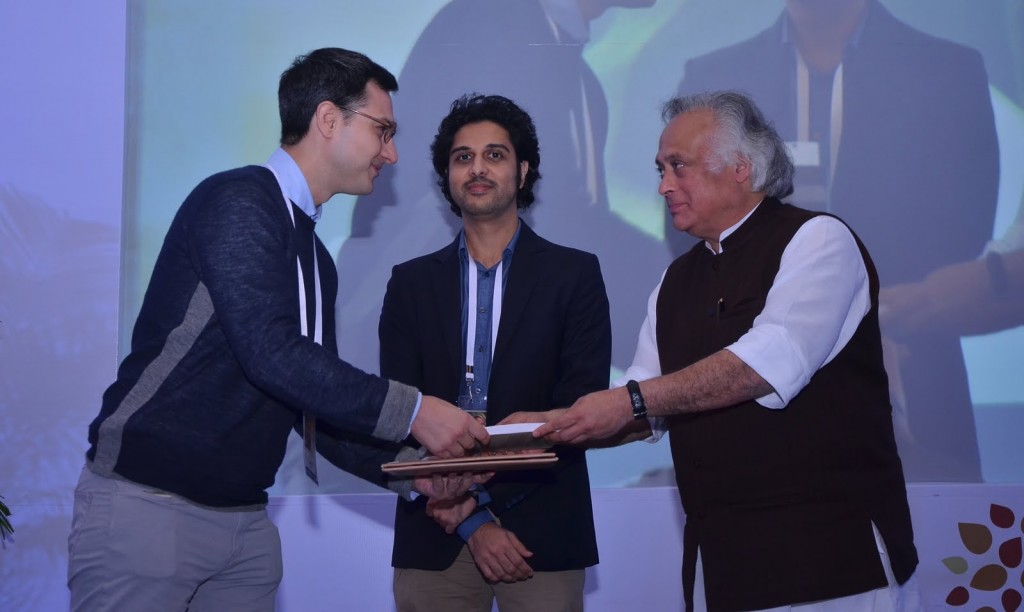 The award was particularly meaningful for Chris and Byomkesh as they both consider the late Sitaram Rao a mentor and inspiration from their time working with him at SKS Microfinance. The award was announced at the Livelihoods Asia Summit 2015, held on the 10th of December 2015 at EROS Hotel, New Delhi. The event was attended by more than 500 stakeholders from 10 Asian countries, including policy makers, practitioners, academia, researchers, multilateral/ bilateral development agencies and private sector companies. Chris also participated in a panel at the conference on “Making Skills Aspirational.”

You can click here to know more about the Livelihoods Asia Summit and you can see more pictures from the event on our Facebook page.

Thank you to all our supporters for helping make this award possible!